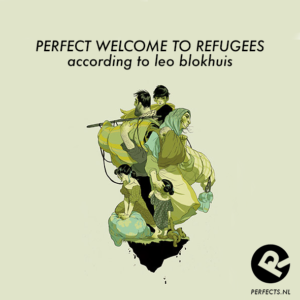 More and more musicians speak their minds when it comes to refugees. For this Perfect Leo Blokhuis selected the most impressive ones. The motto: ‘We don’t know how lucky we are!’

Ps. you find this Perect on Apple Music, right over HERE.


Music says what words alone cannot. That’s one of the reasons why we’ve created a special playlist of songs, all dealing with the refugee crisis, inspired by the new collaboration between Gregory Porter and Common. A few weeks ago, Alicia Keys posted a film ‘Let Me In – We Are Here’ on You Tube (put in link) , where her new song ‘Hallelujah’ debuted. In this gripping film, Keys portrays what would happen if war broke out in California and people had to flee to Mexico. It’s an expanded and reversed image of what’s currently happening in the States:  Mexicans are fleeing (drug-related) violence in their own country, or looking to find economic stability, by illegally crossing the American border. Trump proposes an idiotic, grotesque plan to build a wall at the border (paid for by Mexico); while many Americans are quick to point out that Mexican labor is crucial to the American economy, as many undesirable jobs are filled this way.

In ‘El Camino’, Amos Lee sings from the heart of someone who has to leave their love behind in Mexico, in order to search for a better life across the border , ‘It really breaks my heart to leave you behind’. Calexico’s ‘Bullets & Rocks’ deals with this issue, specifically, the uncertain path that refugees are forced to take – ‘bullets and rocks, a future’s promised to you’.

Aylan Kurdi, the young Syrian boy whose body was washed ashore, was front page news in September 2015. His father applied for asylum in Canada but was confronted with an uncooperative immigration policy. It inspired Missy Higgens to write the emotional ‘Oh, Canada’. Fortunately, Canada has now embraced Justin Trudeau as their new Prime Minister, who has shown compassion and conviction in his refugee policy.

The situation is quite a different story in Australia, where boats are simply turned away and sent back to Asia. We don’t realize how lucky we are, according to The Basics. Wally DeBacker, aka Gotye, is a member of this band, and he himself has founded his own political party. In The Lucky Country, he sings ‘What are we so afraid of, the world outside is already here’.
Music is a universal language which breaks borders and connects hearts. It is our hope that these songs will create a new feeling of connection, compassion and hope when it comes to refugees.