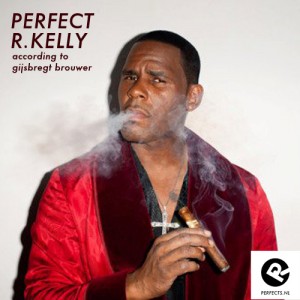 Start crooning, pop your Crystal and head for the afterparty: Robert Sylvester Kelly is in the house. The best list of R. Kelly. Of course without I Believe I Can Fly.

Way before JT en Jay-Z figured that über rich is über cool, there was the expensive champagne drinking, Lincoln Navigator and hotel lobby partying R.Kelly. We like to dance and party, so we are rolling with the R. More than half of these songs are straightforward party songs. Many Carribean inspired and reggaeton-ish, the way we like it when it’s hot. The other half are crooning songs, songs to find your girl(s) and dive deep into the couch.
Many guest appareances, some remixes and one song twice, in two remixes. Yes I know, but this one is well worth it.
“A hundred bottles of crys in the cooler, I am frozen thanks to Jacob the jewler”