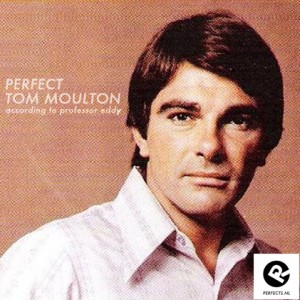 Former male model Tom Moulton invented ways to stretch songs to make them flow from one to another, so people could dance on them continuously. Sounds simple, but it changed everything.

In short: Professor Eddy made a mix of mixes from the guy who basically invented mixing.


All the songs in this ‘Tom Moulton mix’ were mixed by the guy who changed the musical landscape in the early seventies when he discovered that all singles were meant to be played on the radio and weren’t made for clubs. Former male model Tom Moulton invented ways to stretch songs to make them flow from one to another, so people could dance on them continuously. He’s one of the most important and innovative pioneers in mixing tracks, although he was not always credited for his work. He reworked for instance ‘Do It Anyway You Wanna’ from People’s Choice to the hit version we all know, but his name didn’t appear on the record.

Moulton became most famous for mixing songs for labels such as Philadelphia International and Salsoul, but he remixed hundreds of (underground) disco singles in the seventies and early eighties. He also laid his hands on some legendary Motown tracks, but that isn’t his best work. Those Motown classics sound better when they are short. In the recent past he remixed tracks for Seductive Souls (‘Dazz’), Cool Million (’the Tom Moulton session’) and Kings go Forth (‘Don’t take my shadow’).

Probably my favourite track of this Tom Moulton tribute is the one from George Tindley (who is he?). I love that infectious African beat (like ‘In Zaire’ from Johnny Wakelin) and although the choir sounds a bit like Les Humphries Singers, I love the way they sing ‘Young and in love!’ Check that one out for sure. Enjoy my tribute to the legend Tom Moulton! Thanks to Six Million Steps for some bits and pieces.

Look out for ‘Philly Re-Grooved 2: The Master Returns’ that will be out on the 30th of May on Harmless records with brand new Tom Moulton remixes of First Choice, Moment of Truth and Loose Change, to name but a few. His solo disco-project TJM (Thomas Jerome Moulton) has been remastered and is out on cd now. You can find a 4 hour (!) interview with the legend on Dazlling Soul. – Professor Eddy