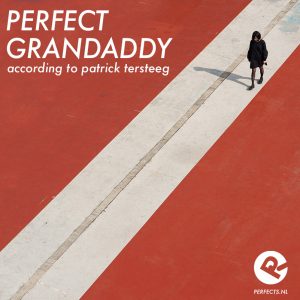 Grandaddy’s unique blend of solar powered rock and post-modern melancholia makes for an unlikely combination of the Ramones and Electric Light Orchestra. March 2017 saw the release of their excellent return to form Last Place. Patrick Tersteeg embarked upon a mission: create a Perfect Grandaddy but ‘with over half of their recorded output missing on streaming services’.

With over half of their recorded output missing on streaming services you may think there can’t be enough good material to compile a Perfect Grandaddy. But such is the genius of Jason Lytle and the rockers that I actually found it quite hard to make a selection.

Their unique blend of solar powered rock and post-modern melancholia makes for an unlikely combination of the Neil Young and Electric Light Orchestra. According to a review on Pitchfork, “Some Grandaddy songs are about technology. Nearly all of them are about junk: Alcoholic robots and broken household appliances outlive their usefulness and are left to rust. But the same basic fate awaits lost kittens, lonely spacemen, forlorn miners, and hollowed-out cities of rural California, eulogized by a band whose fuzz pedals, analog synths, and withered harmonies always sound like they’re about to give out.”

Since 1992, they released four (home) studio albums, five EP’s and some hand made compilations on CD or cassette, until they split up in 2006. Most of the members of the band released solo albums, most notably Jason Lytle and Jim Fairchild (All Smiles). The band reformed in 2012 for a string of live shows and I was happy as a kid, when in 2016 Jason Lytle tweeted he was mixing a new Grandaddy album and they would go on tour again. The new album Last Place was released in March this year and is a brilliant return to form. The live shows in Paradiso Amsterdam (2016) and Motel Mozaique Rotterdam 2017 were like a lovely trip down memory lane. Finally, things seemed to go Grandaddy’s way, but in the first week of May 2017, I was shocked to hear bass player Kevin Garcia had suffered a stroke and died the following day.

Garcia was a founding member of the band at the age of 15, and his unique style of ‘up-beat but laidback’ bass playing was very important to the sound of the band, and of great influence on my own playing for Pondertone. Just listen to The Crystal Lake or their ultimately catchy attempt at hit song A.M. 180 and you get the idea.

I’ve seen them play dozens of times ever since a string of coincidences made me buy the album Under The Western Freeway late 1997 and a ticket to their show in the Mean Fiddler, Dublin in January 1998. During their show at the 3FM stage(!) at Pinkpop(!!!) in 1998, somebody (I can’t remember if it was me, my brother or someone else) called for “Kim, You Bore Me To Death”, to which Jason Lytle calmly replied “Yeah, I’m sorry”. I chatted with the band at the stage exit of the Olympia in Dublin after the show and I’ve seen them play Tivoli Utrecht every time they appeared there. At one such occasion Lytle even apologized for the previous show at the same venue, although to my memory it had been great as ever.

Over the years I have heard them play many different versions of First Movement / Message Send. Sometimes with a noisy middle part, sometimes calm and pretty -like the version you hear on this perfect- and it always made me feel wonderfully melancholic. But it was Kevin Garcia who gave me the goose bumps every single time I heard them play their anthem He’s Simple, He’s Dumb, He’s The Pilot. Simply by saying “Are you ready? … Okay… one, two, three, four” introducing the second movement of the song.

Please enjoy my attempt at a Perfect Grandaddy.

In memory of Kevin Garcia.

To help his wife Sondra to cover funeral expenses, hospital bills and for caring for their 2 young children, you can make a donation here.