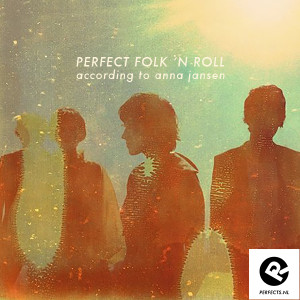 
Town of Saints is this Dutch Finish trio Harmen Ridderbos  on guitar, Heta Salkolahti on the violin and Sietse Ros on the drums. A month ago they gave a free album presentation in VERA and really rocked and surfed(!!!) the crowd. A real must-see band who’ve got a great future ahead!
Blaudzun and Tim Knol are the other two Dutch Folk ‘n Roll representatives. They’ve been around for a bit longer. Johannes Sigmond (Blaudzun) has a voice that can sound very big but also has this falsetto quality. Tim Knol keeps it simple and I always imagine a typically Dutch polder landscape when I listen to this song, “leaving town” met de trein in Nederland ga je dan al snel door polders heen.
Lanterns On The Lake flirts with post-rock, makes very simple songs like ‘I love you, sleepyhead’, but also creates beautiful folk songs like ‘A kingdom’. I really love this band because of the nice and natural blend of these genres.
Dry the river’s Peter Liddle has a very similar voice to Johannes Sigmond. I would love to hear them sing a capella together, probably because there’s also a tinge of religiousness to the songs of Dry the river.

Then… one of my favourite artists… Frank Turner. What do I say? I believe pretty much everything he does is perfect! He can go in one song from a classic singer-song writer sound to folk to punk and back again. On top of that his lyrics are very strong in their simplicity, often just single lines in his lyrics are so catching: “Yeah, cause broken people can get better if they really want to.” I think everybody recognises the themes he writes about.
Of Monsters And Men, an Icelandic band who rose to fame in a three short years. Little Talks is a very dynamic song and easy to get carried away on with the catchy chorus and the ‘hey, hey’ type of sing-along quality.

The Lumineers carry this forward in their song Ho hey. I believe Little talks and Ho hey to be very similar songs, in lyrics and instrumentally, only little talks has just a bigger sound.

Back to Blaudzun, his Sunshine Parade also captures the sea shanty rythem the previous two songs also have. These three are perfect for rocking the boat songs whilst sailing.

Cloud Control’s Ghost story has quite a psychedelic rock sound (something Australians are very good at). It also has the simple chorus ‘hey hey’ sing-along quality but then more a ‘do do do’ type of thing. This makes it fit perfectly with the previous more folky songs and creates a bridge between those songs and the next one.

The Dodos’ Fools continues the ‘hey hey’ thing, but drawing out the lyrics in stead of just ‘hey ho’. What I really like about this song (and The Dodos in general) is that they use the vocals whilst singing the lyrics as punchy instruments by changing from melody to rhythm in just one line.
You’re a wolf by Sea Wolf slows down the rocky sound of this playlist to a more mellow tune which creates the space for the sensitive song that’s next.
No Folk ‘n Roll playlist is complete without Mumford and Sons. I believe their album Sigh No More is much better than the latest one. It feels more honest and vulnerable. Their sound is big and immersive, but the lyrics expose heart-breaking emotions: “And confess your love, your love. As well as your folly”.
The transition into Villagers’ more abstract song is sudden, but I believe they both have the same rhythm. I believe the abstract feel is instilled by the electronic sound. It’s a song about someone suffering a breakdown, out of touch with reality. The electronic abstractness really contributes to this theme.
Also another important Folk ‘n Roll band: Edward Sharpe And The Magnetic Zeros! Something that I’ll call happy-go-lucky folk. It is a very summery tune, en really gives this list a bit of optimism.

Another Town Of Saints song, a very sensitive song. This song has a powerful build up, starting of very minimalistic and adding instruments one by one and emphasising some parts of the lyrics when Harmen Ridderbos and Heta Salkolahti sing together. This is my favourite Town Of Saints song, simple yet so powerful.

Another Dry The River song, just love his voice and the punchy beat in this song.
I Don’t Know by Lisa Hannigan, the only girl solo singer in this list. It’s a shame I cannot post the video of this song recorded in a remote Irish pub, because that’s the best version of this song. (Here’s the link: http://www.youtube.com/watch?v=7WwaPv1rZiQ). Lisa has done backing vocals on Damien Rice’s O and 9 albums, but I’m so glad she made a career of her own. Her sexy husky voice sings about that she’d like to know everything about this person, a proper lovesong.

Drawing a close to this list with my favourite, Frank Turner again. Just can’t get enough of him. A song from his second album, even then he already had this very distinctive Frank Turner sound: a punchy sound and clever lyrics.