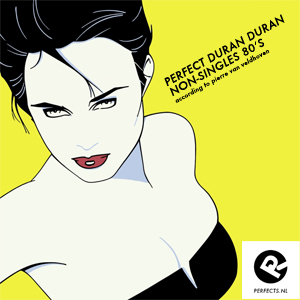 
Duran Duran, You Love em or you hate em. At least that was how it was in 80’s and probably still so for a lot of people.

I personally loved them and wasn’t afraid to say so amongst my 80’s friends and schoolmates that were heavily into New Wave, PostPunk and Heavy Metal. It was mainstream to like Duran Duran and therefore NOT done.

I thought that was crap as I was an early adapter to the band. In the late 70’s, early 80s, my parents became really good friends with some families in the UK and therefore our family summervacation usually ended up visiting them and the UK every year on from 1979.

I was only 10 when we visited the UK again in the summer of 1981 and my dad used to like to listen to the local UK radiostations while driving the M1 up North to Chorley, near Manchester. There was one song that was played regularly during that long ride and it got really stuck in my ear. I did not know who sang it, where they were from, I simply liked it a lot. I was soon to find out more… as later in the day I found myself talking to the neighbours daughter Heidi. She was 3 years older then me and she was really into music and liked to talk about it. My ability to talk English was still very premature but talking and socializing with the local kids helped to improve it every year.

Suddenly, Heidi asked me what music I liked these days and I told her I heard this great tune on the radio all day long and started humming/singing it to her from what I’ve remembered. Immediately she started smiling and invited me into her house “You gotta listen to this, It’s a new band from Birmingham and their debut album is great, that song you heard all day is “girls on film” its their latest single and its going to be huge”

That afternoon I heard their debut album for the first time and I liked what I heard, not only was that track from the radio on it, but it contained even better songs, heavier, melancholic, uplifting, sferic…From that moment on I was hooked. I got Heidi to make me a copy on cassette that I listened to the rest of the vacation. The first thing I did when we were back home was buying the album myself. I grew up with the band and I felt proud that this band I ‘discovered’ very early on started to become big in my own country a few years later.

That said: Duran Duran to me is not only about the hitsingles that everyone knows, loves or hates. Its the band I first fell in love with and the only band that brings back the most fond memories of my life and summertimes in the UK in the 80’s.

Thats why in this perfect I want to show the other side of Duran Duran I love so much: hidden gems, early b-sides and instrumentals. This perfect covers their heydays from 81 to 88 but  you will not hear any ‘Rio’ or ‘The Reflex’ on it. This is my Perfect Duran Duran Non-singles.